Skip to content
Degaweno:das (he who thunderz) of the Seneca Nation of Indians speaks to members of the CAMA board in Coudersport, Pa. opposing the development of the Epiphany Allegheny, LLC fracking wastewater treatment facility at the headwaters of the OHI:YO’ (Allegheny River). © Steven Rubin for Public Herald
.

The massive US expansion of oil and gas infrastructure, driven by the fracking boom, has put the profits of the fossil fuel industry in direct conflict with the sovereignty of indigenous peoples. From Standing Rock in North Dakota to the Ramapough Lenape Nation in New Jersey to the Atchafalaya Basin in Louisiana, native people resisting oil and gas projects have been met with violent repression and seen their lands and waters despoiled for private benefit.

In Western Pennsylvania, where the Seneca Nation is opposing a fracking wastewater treatment plant at the headwaters of the Allegheny River, an executive at the company planning the facility recently used racially coded language to attack dissenters to his plan. Tom Joseph, the co-founder and chief technology officer of Epiphany Water Solutions, issued a press release decrying opponents as ungodly and uncivilized while sending cease and desist letters from the high-powered law firm Blank Rome, which works closely with the fracking industry.

One Blank Rome lobbyist, former Pennsylvania Department of Environmental Protection Secretary Michael Krancer, works for JKLM Energy, a drilling company owned by fracking billionaires Kim and Terry Pegula. JKLM has been deeply involved with the Epiphany facility, and may be the main power player attempting to push through the plant’s approval.

The facility, first proposed by JKLM and Epiphany in 2016, would deploy an experimental technology developed by Epiphany to treat wastewater from nearby fracking wells, discharging the treated water into the municipal sewage treatment plant which in turn discharges its effluent into the Allegheny River.

The river runs north into New York State, through the sovereign territory of the Seneca Nation whose Allegany territory straddles the river, which is called Ohi:yo’ (meaning “beautiful river”) in the Seneca language.

The Seneca Nation has played a major role in the opposition to the plant, raising concerns that Epiphany’s technology is unproven at the scale the company is proposing and that the plant is not designed to treat radioactivity found in brines deep below the earth where fracking occurs.

As mentioned above, the proposed plant has the backing of JKLM Energy, a fracking company owned by the billionaire Pegula family. According to meeting minutes from the Coudersport Area Municipal Authority, discussions about the plant were initiated by JKLM in April 2016. In September 2016, CAMA meeting minutes report that “Epiphany has met with JKLM and they have secured funding” and a December 2016 gas industry report from the Potter County government indicated that JKLM had a financial stake in the project. However, when a JKLM spokesperson was asked recently whether the company was an investor in the plant, that spokesperson refused to comment.

JKLM was fined nearly $500,000 in 2016 for contaminating groundwater with an unapproved surfactant, which ended up polluting six private water supplies in Potter County where the Epiphany plant is planned.

Resistance to the plant has escalated in recent months as awareness of the proposal has spread, and public meetings have been packed with speakers both organized by the Seneca Nation and by Pennsylvania residents opposed to the waste plant. The mounting opposition appears to be the motivator behind Epiphany’s ugly response and legal threats.

In a March 27 press release, Epiphany Water Solutions announced that it had delivered cease and desist letters to the Seneca Nation as well as to Laurie Barr, leader of the Pennsylvania group Save the Allegheny, and Joshua Pribanic and Melissa Troutman, documentary filmmakers and co-founders of the non-profit investigative journalism outlet Public Herald.

The press release was remarkable for its use of racist rhetoric, appealing to ages-old characterizations of Native Americans as heathen and uncivilized. According to the Olean Times Herald, Epiphany’s press release asserted that the company obeys “the laws of man, the laws of science, and the laws of God, while opponents to the proposed treatment facility apparently do not.” Elsewhere in the press release, Epiphany CEO Tom Joseph accused plant opponents of having a “disregard (of) any semblance of decent human interaction and civility.”

In a public meeting two days before issuing the press release, Joseph pointed out that the Iroquois – the French name for the Haudenosaunee, the six-nation confederacy to which the Seneca belong – introduced Europeans to mining salt with water, apparently equating salt production in the early years of European colonization with hydraulic fracturing for oil and gas and thus accusing the Seneca Nation of hypocrisy for its opposition to fracking.

The cease and desist letters referred to in Epiphany’s press release were sent by Amy Joseph Coles, a partner at Blank Rome LLP, a major Pennsylvania law firm with close ties to the fracking industry. In 2017, Blank Rome was named Law Firm of the Year at the 2017 Northeast Oil and Gas Awards. 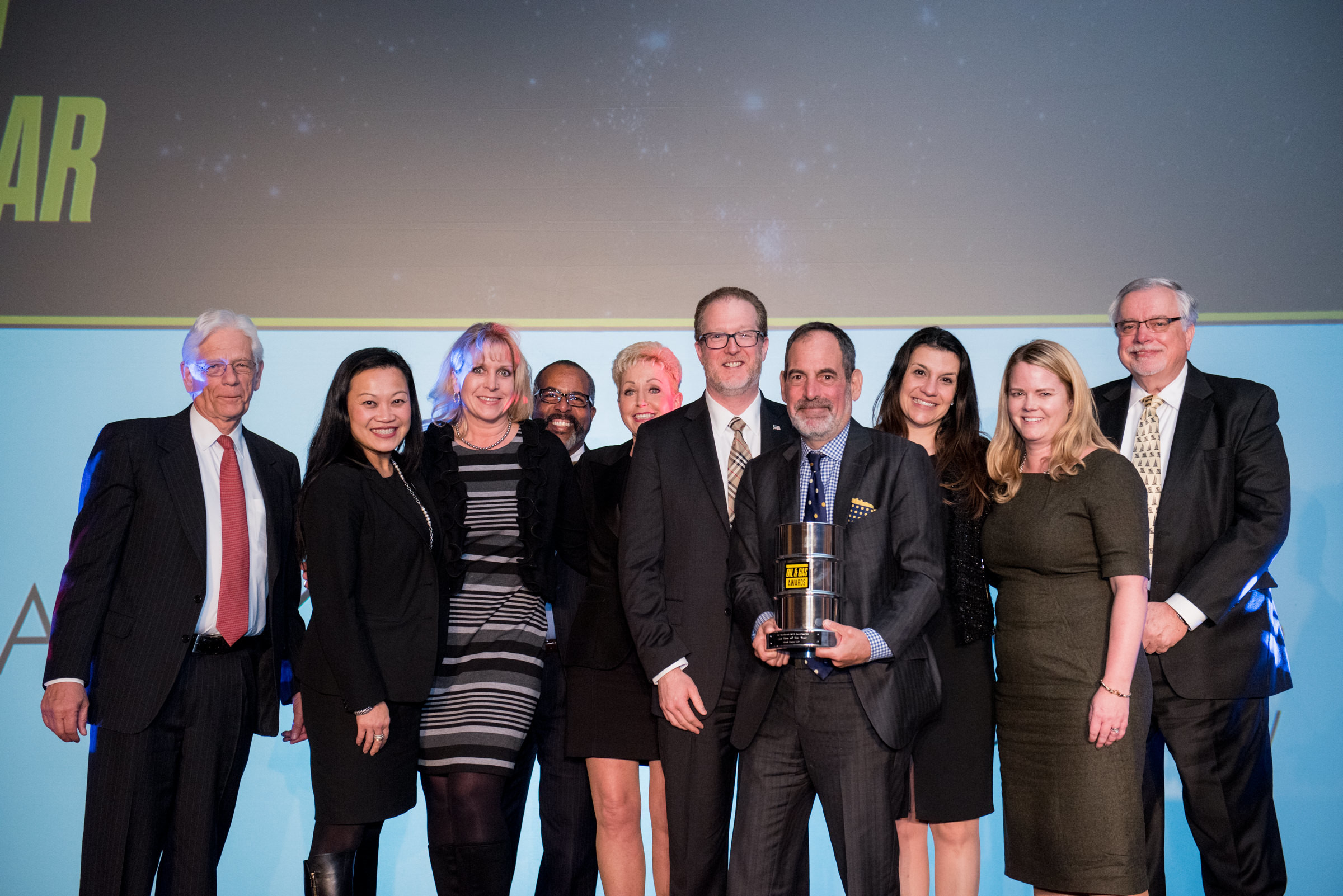 As PAI previously reported, in a presentation last year on the value of lobbying and public relations, Krancer bragged about how Exelon, his former client, parlayed $610,000 in capital spending and political messaging into $5.7 billion in public subsidies.

According to lobbying filings, JKLM’s spending on lobbying increased dramatically as the Epiphany project has been debated. While JKLM disclosed no lobbying spending in 2016, in 2017 the company spent $217,191. In the first three months of 2017, JKLM reported spending $27,041 on lobbying, which jumped to $84,725 in the second quarter. Spending subsided slightly in the latter half the year – JKLM reported spending $74,614 in the third quarter and $30,811 in the fourth – but remained quite high on the whole.

For example, Shell Oil Company – whose subsidiary SWEPI LP has 606 active wells in Pennsylvania compared to the 48 operated by JKLM – spent $96,000 on lobbying in 2017, less than half of what was spent by JKLM.

It is unclear how much, if any, of JKLM’s lobbying activity was related to the proposed Epiphany plant. Further, because Silent Majority Strategies appears to have not yet filed required affirmations, it is not clear what Krancer’s firm’s share of JKLM lobbying dollars is.

The involvement of high-powered attorneys and revolving door lobbyists from one of the state’s largest law firms and the use of racially inflammatory rhetoric from Epiphany’s co-founder seem to indicate that the companies behind the waste plant intend to dig in their heels.

Meanwhile, opponents are showing no signs of being cowed in the face of corporate power. “If you feel the need to take the next step in what you will find to be a path far more difficult than you may have imagined when you sent this letter, I look forward to hearing from you,” concluded the Seneca Nation’s attorney in their response to Epiphany’s demand.