William J Mulrow is leaving his government job to return to the private equity firm Blackstone Group. In addition to resuming his finance industry job, Mulrow will also chair Cuomo’s 2018 re-election bid. Mulrow’s transition back to Blackstone raises serious questions about Cuomo’s relationship with Wall Street and comes amid criticism over Blackstone CEO Stephen Schwarzman’s influence on federal policies that could enrich the firm.

Mulrow and Schwarzman’s roles in the Cuomo and Trump administrations highlight the broad, bipartisan influence that finance capital has within the American power structure, especially over the state and federal governments.

After the housing collapse, Blackstone Group went on “the biggest buying spree in history,” spending an estimated $10 billion to buy 50,000 houses and becoming the largest owner of single-family homes in the country. In cities where Blackstone bought houses, like Phoenix and Las Vegas, housing prices are skyrocketing while rental evictions reach record highs.

And now Cuomo’s sidekick is headed back to Blackstone.

William Mulrow was already close to Cuomo when he replaced Lawrence Schwartz as secretary to the governor in January 2015. In the 1990s, Mulrow worked on the re-election campaign of former Governor Mario Cuomo, Andrew’s father. Andrew Cuomo appointed Mulrow to the statutory Special Commission on Judicial Compensation in 2011 and in 2012, he named Mulrow as chair of the New York State Housing Finance Agency. 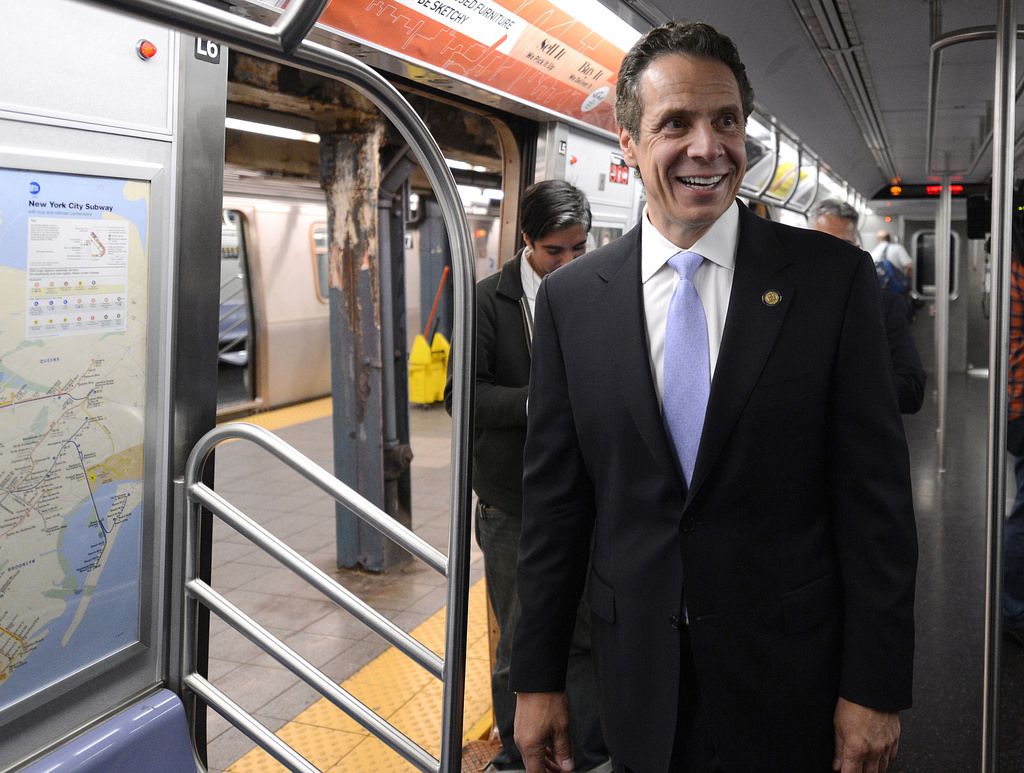 After distributing $8.8 million to homeowners, the Empire State Relief Fund awarded $3.5 million to two housing developments in Coney Island partially owned by Blackstone funds and managed by a company in which Blackstone was invested.

Deals like this add up. That year, Blackstone CEO Stephen Schwarzman earned $452.7 million.

In the year before he took his full-time paid position in the Cuomo administration, Mulrow earned between $1.15 million and $1.25 million from Blackstone. Although he gave up his Blackstone salary and fees when he became secretary to the Governor, he retained a financial interest in the firm: Mulrow disclosed between $1.75 million and $2 million in investments with Blackstone in 2015.

Mulrow is set to cash in even more on his move back to Blackstone. His return to his managing director role likely means a return to his more than million dollar per year pay package. And his role in Andrew Cuomo’s third term re-election campaign means that he will still maintain his position of influence over the governor.

Meanwhile, Mulrow’s boss at Blackstone, CEO Stephen Schwarzman, has recently been subject to Congressional scrutiny over his role as chairman of the White House Strategic and Policy Forum, a council of corporate executives convened by President Donald Trump to advise him on economic policy.

Following reporting from the International Business Times on how Trump’s economic plans would benefit Blackstone, Senators Tammy Baldwin (D-Wi) and Sherrod Brown (D-Oh) called on Schwarzman to recuse himself from working on policy that could affect his firm. Trump has met with the Strategic and Policy Forum at the White House several times since his election, and has floated plans to roll back Dodd-Frank regulations and steer infrastructure spending through Wall Street firms. All this has happened just as Blackstone has sought to expand its infrastructure business.

Trump has also has not acted so far on his campaign promise to eliminate the carried interest loophole, which earned Schwarzman $45.6 million in 2016 and which Blackstone has aggressively lobbied against.

Schwarzman and Mulrow’s positions of influence over the President of the United States and the Governor of New York State illustrate the deep sway that private equity has within federal and state governments. Even as Cuomo publicly positions himself in opposition to Trump by backing a $15 minimum wage and a free college tuition plan, he has maintained close ties to the corporate elite, installing an investor who works for a top Trump economic aide at the helm of his 2018 re-election campaign.