This year we ramped up our blogging activity to bring you punchier hits of LittleSis research and analysis, covering topics that span energy, defense, finance, policy, and government. Be sure to subscribe to Eyes on the Ties in 2014!

10. Who funds the suicide caucus?

Remember those 80 reps who thought it would be politically strategic to shutdown the government in protest of Obamacare? Kevin investigated the funders who gave to the most representatives identified as members of the “suicide caucus”:

Notably, about two-thirds of these 50 or so top donors are also donors to the Club for Growthand its various affiliated PACs. The remaining third are mostly Washington, DC-based lobbyists who are prolific Republican Party donors – these lobbyists give to Club for Growth-aligned politicians like those that signed the Meadows letter, but never give to the Club for Growth itself. There are only a handful of exceptions.

To see the top suicide caucus donors and their networks check out the top 100 list in LittleSis.

In a follow-up to our February report Fracking and the Revolving Door in Pennsylvania, Rob revisited the Pennsylvania Environmental Council, the state’s most prominent environmental voice and a self-proclaimed “voice of reason” on the fracking issue. In the course of investigating PEC’s stance on fracking in the Marcellus Shale, Rob found that 16 of 18 PEC directors work for companies linked to the natural gas industry.

Advocating a pro-fracking position and almost entirely captured by oil and gas industry representatives, the Pennsylvania Environmental Council seems to be part of a trend aiming to greenwash the natural gas industry. Like the American Clean Skies Foundation, the PEC presents a gas-friendly message, though perhaps more furtively than the Chesapeake Energy front group. PEC’s ties to both natural gas and to Pennsylvania’s environmental regulators represent a troubling synergy giving the industry more influence over natural gas policy in the guise of environmental protection.

8. How to research elite social clubs on LittleSis, from Manhattan to Buffalo and beyond

Every once in a while we publish posts on research tips and LittleSis functionality tricks. Kevin spent some time researching elite social clubs such as the Alfalfa club, the Core club, and Buffalo’s own (aptly named) Buffalo Club, and wrote up some tips on how to research these private social institutions where power networks are forged over stemware and lobster dinners. 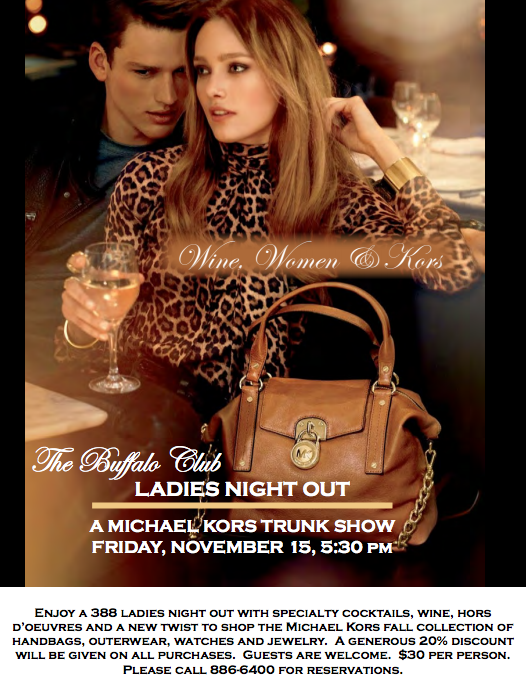 The details of the leaked Buffalo Club newsletter are not to be missed!

This 2012 post on Stephanie Timmermeyer, former Secretary of the West Virginia Department of Environmental Protection, saw a surge of interest in 2013. Ben detailed Timmermeyer’s “early warning signs” and tracked her many spins through the revolving door:

Timmermeyer’s career blurs the line between public service and corporate subservience; she has moved through the revolving door into government and back out again, working as a corporate attorney, then as secretary of West Virginia’s Department of Environmental Protection, and now as a Chesapeake lobbyist, but never forgetting who she really worked for (hint: not the public). As a regulator, she went soft on industry; as a corporate lobbyist, she leverages her regulatory experience to ease the way for Chesapeake. She is hardly the company’s sole investment in regulatory capture, but her career is a case study in the revolving door and all the skewed incentives that come with it.

Update: Since this post was published, Timmermeyer left Chesapeake Energy and is now serving as the Vice President of Environment, Health, and Safety at Access Midstream Partners in Oklahoma, a natural gas pipeline and midstream services company.

In his ongoing investigations into New York pro-fracking lobby group Unshackle Upstate, Rob uncovered some close ties between Unshackle and Governor Cuomo through Cuomo’s own hype team, the Committee to Save New York. Three Unshackle board members were also CSNY directors, including both Unshackle co-founders. In addition to these CSNY connections, five of the six members of the Unshackle “leadership team” were appointed by Cuomo to positions within his administration. This led Rob to conclude:

Though Governor Cuomo has remained outwardly neutral on fracking, the business and real estate elites with whom he has surrounded himself have clearly staked out a position in favor of gas drilling. In Albany’s transactional politics, what does it mean that a group that formed at Cuomo’s urging and spent more than $16 million advancing his agenda is such a staunch supporter? Does the Governor’s installation of fracking supporters in influential positions in three upstate Regional Economic Development Councils belie his environmental caution in the face of his belief that it is “inarguable” that fracking will be an economic boon?

This year we introduced our new Shadow Gov Working Group, established to track corporations that profit from privatization of core government functions. Our first target was Booz Allen Hamilton, made famous as the former employer of NSA whistleblower Edward Snowden, which made 99% of its revenue from government contracts, while spending just $40,000 on lobbying, ever. This post explored the revolving door between BAH and the government intelligence apparatus, BAH’s strategy of embedding with the military, and the public-private partnerships BAH uses to connect and schmooze. From the post:

For Booz, influence is the business. Lobbying is not a piece of the program; it is the program. From its cultivation of organizations like INSA and PPS, to its deep entrenchment in the military, to its extensive revolving door ties with government, the company is working every angle to ensure that the 99% of its revenue that comes from the federal government will always be there. The incentives are clear for Booz executives, who score massive pay packages – an average of just under $4 million, or $2,000/hour, for each of the top five executives in 2013 – that are essentially sourced directly from the taxpayer.

4. Evidence of an American Plutocracy: The Larry Summers story

Obama’s late-summer feet-dragging over the fed chair nomination led to a renewed interest in LittleSis co-founder Matthew Skomarovsky’s 2011 post on Larry Summers’ path to the Obama administration and his return to Harvard. This post focused on Summers’ relationship with Robert Rubin, who paved the way for him to become Treasury Secretary and eventually president of Harvard:

Summers’ arrogant personal style is known to be politically toxic, so he’s been fortunate to have Robert Rubin as a guardian angel easing his way to political stardom. Rubin is what you might call a Wall Street godfather. He joined Goldman Sachs in 1966 and rose to co-CEO and then co-chairman before joining the Clinton administration in 1993 as the first ever director of the National Economic Council, the same position Summers is leaving from now. Summers, a lower level Treasury official at the time, had already endeared himself to Rubin in the 80s, consulting to Goldman Sachs and then working with Rubin on the Dukakis campaign. When Rubin rose to Secretary of the Treasury in 1995, Summers became his deputy.

In 2012 Truthland, a pro-fracking documentary billed as a response to questions raised in Josh Fox’s Gasland, began making the media rounds. Ben’s investigation into the movie’s financial backing and “characters” revealed a thinly-veiled attempt to dupe the public into believing that Truthland was anything more than an advert for the natural gas industry.

EID’s Shepstone blasts the “sheer arrogance” of the makers of Gasland, but Truthland makes the drilling industry and its PR machine look very arrogant indeed. They appear to believe that rural landowners in Pennsylvania, New York and Ohio will accept the conclusions offered to them by what is essentially a fracking infomercial without taking a close look at the companies that funded it and carefully tailored its contents to suit their message.

2. What’s in a name: Corporate spy-for-hire Palantir of “Team Themis”

Palantir’s other co-founder and chairman, Peter Thiel, is a well known libertarian and generous, seven-figure donor to Ron Paul super PAC Endorse Liberty and limited government organization, Club for Growth. From his 2009 essay for the Cato Institute, The Education of a Libertarian:

I remain committed to the faith of my teenage years: to authentic human freedom as a precondition for the highest good. I stand against confiscatory taxes, totalitarian collectives, and the ideology of the inevitability of the death of every individual. For all these reasons, I still call myself “libertarian.”

It’s interesting to compare these libertarian fixations to what Palantir’s critics say about the company:

1. JPMorgan negotiates through the revolving door

Finally, our top blog post highlighted a revolving door connection that escaped the attention of the mainstream media. In researching the negotiations between JPMorgan and the Department of Justice over a mortgage fraud settlement, Kevin found that lead DOJ negotiator Tony West counted Washington Mutual as a legal client in 2008 when he was a partner at Morrison & Foerster. This conflict of interest remained unreported when the settlement was officially announced, and as the New York Times published a glowing biography of West. This prompted Kevin to write a second post on the relationship:

The lack of real accountability in the settlement is unsurprising in light of the fact that in negotiating with Tony West, JPMorgan was dealing with one of its own. As I reported last month, West counted Washington Mutual as a legal client in 2008 before joining the Obama administration. The bank collapsed in fall 2008 and was taken over by JPMorgan. WaMu’s mortgage practices are a major focus of the settlement.

West’s firm, Morrison & Foerster, represented WaMu in a lawsuit brought by the NAACP in 2007 alleging systemic discrimination in mortgage lending. It is unclear if West worked on that case; he is not listed in court filings.

If you’d like to hear more about what the Public Accountability Initiative and LittleSis were up to in 2013, check out our end of the year highlight reel. Keep your eyes on the ties in 2014, subscribe!