As if heeding the Pope’s call, the New York Times has published a new series, titled Invisible Child, on inequality and homelessness in New York City, focusing on the story of Dasani, a 12-year-old homeless child. The series is a remarkable piece of reporting, insightful and moving in its portrayal of Dasani and her family, exhaustively researched, and incisive in its analysis of the larger context of economic inequality in New York City. The longform style allows for many illuminating moments that cannot be neatly summarized, so you should read the whole thing for yourself.

The stuff that we usually focus on here at Eyes on the Ties – the power structure and policy implicated by the story – gets relatively minimal treatment in the series. Invisible Child is clearly framed as a commentary on Bloomberg’s New York, from the choice of Dasani, who was born shortly before Bloomberg took office, to anecdotes like the following:

With the economy growing in 2004, the Bloomberg administration adopted sweeping new policies intended to push the homeless to become more self-reliant. They would no longer get priority access to public housing and other programs, but would receive short-term help with rent. Poor people would be empowered, the mayor argued, and homelessness would decline.

But the opposite happened. As rents steadily rose and low-income wages stagnated, chronically poor families like Dasani’s found themselves stuck in a shelter system with fewer exits. Families are now languishing there longer than ever — a development that Mr. Bloomberg explained by saying shelters offered “a much more pleasurable experience than they ever had before.”

Just three days before the mayor made that comment at a news conference in August 2012, an inspector at Auburn stopped by Dasani’s crowded room, noting that a mouse was “running around and going into the walls,” which had “many holes.”

“Please assist,” the inspector added. “There is infant in room.”

But the story does not linger on explanations of the policies that Bloomberg put in place, and it does not name any powerful villains, other than Bloomberg, who push for and have been enriched by these policies. Not that it should have here – another lengthy series, or perhaps a Caro-esque tome, would be necessary to tell that part of the story. But those stories, like Dasani’s story, rarely get told in any real way in the news. 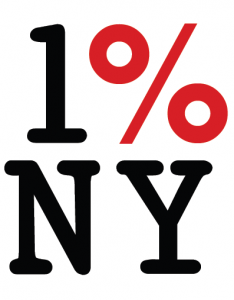 If this part of the story were to get full treatment, the main characters would likely be drawn from the Real Estate Board of New York (REBNY), which represents New York’s real estate billionaires, and the Partnership for New York City, which represents New York City’s big business CEOs. These are the most powerful lobbies in New York City, and they also wield extraordinary influence in Albany (they were major backers of the Committee to Save New York — see our 2012 report on the subject). These organizations advocate for the 1% and have been major forces in the transformation of New York, as it “reorders itself around the whims of the wealthy,” in the words of the author of Invisible Child, Andrea Elliott.

The real estate interests behind REBNY often got what they wanted under Bloomberg – extensive rezoning, for example. Earlier this year, REBNY’s Steve Spinola said Bloomberg’s time as mayor was “a wonderful era.”

Though the rise of De Blasio, with his focus on economic inequality, marks a significant shift from the Bloomberg era, it is worth noting that both REBNY and the Partnership will continue to have a strong voice in the incoming administration. We know this in part because De Blasio’s transition team includes representatives of both lobbies:

The real estate industry also donated significant sums to De Blasio during the course of his campaign.

De Blasio, who tweeted about the New York Times series, will certainly not be as indifferent to the plight of the homeless in New York City as his predecessor. But as long as the real estate industry has a strong voice in his administration, don’t count on De Blasio playing the hero.